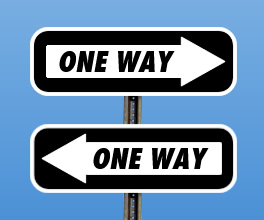 After attending two big Joomla! events this year, J and Beyond in Germany and JoomlaDay Chicago, I discovered significant and conflicting differences between European and American community mindsets. This has gone a long way in helping me understand underlying frustration that exists between the two groups.

I call this the Joomla! cultural divide and it has its roots in the original intent and purpose of the Joomla! project. This has not been clearly understood by many American Joomla!
community stakeholders.

The priorities of the two cultures are not the same

As a Canadian I was listening for consensus between the two groups about what the Joomla! project should be doing. It never came. What became clear instead was the clash. The Americans were passionately sharing their ideas which centered around marketing and promoting the Joomla! brand to a mostly uninformed North American customer base. When some of the European developers engaged in the conversation it became obvious that marketing and promoting Joomla! is not a priority for them. To them, making Joomla! the best product possible is the priority.

During the committee brainstorming sessions I asked what the original intent and purpose of the Joomla! project was. The majority of the group didn't want to focus on the past so we never explored this aspect. I felt it was important, just like when the American Fathers of Confederation were writing the US constitution. They crafted it in such a way as to guide America long after the original writers were gone. It was hoped that the spirit of the document would stay true and keep the country unified because everyone would share the same values and goals for which the country was founded on.

For Joomla! there never was a widely recognized and accepted constitution to guide the community.

Our recommendations were doomed to failure from
the start

During JoomlaDay Chicago we were discussing our recommendations and viewpoints. A member of the European community pointed out that the committee that made these recommendations were all North Americans. Since there were no Europeans involved in the committee our effort was doomed to failure because it would never be accepted by them.

Some frank discussions entailed and the two different points of view became clear. These are cultural differences in the two societies. The American point of view is that the Joomla! project needs to do more to promote the Joomla! brand to an uninformed client base whereas the European community is simply focussed on making Joomla! the best possible product they can.

The customers in these two continents are
distinctly different

In Europe the customers are knowledgeable about the different open source platforms. The European customer will pick the platform and then look for developers who work in that environment to do
their website.

In North America the customer generally doesn't know or care about the different platforms. They just want a website that caters to the functionality they are looking for.

No wonder there is a disconnect between the two cultures

The European Joomla! community viewpoint was bluntly stated to the North American stakeholders; Joomla! was never developed to help you with your business. Your business is what you make it. Joomla! is simply great website software that you can do whatever you want with.

The American Joomla! shops are concerned about the Joomla! brand and its positioning in regards to competition from the other platforms. They are looking for assurance from the Joomla! project for the future health and viability of Joomla. There are no assurances. When asked where the Joomla! project is headed and what Joomla! will become the answer is, "We don't know where Joomla! is headed or what it will be."

So which point of view is correct? In my opinion, neither are wrong with their points of view. These are two legitimate opinions for the cultures that they represent.

Whose fault is it that North American customers in general don't know how great Joomla! is for building websites? Certainly it's not the Europeans fault.

North American's are going to have to do what it takes to promote Joomla! and educate their customers on the merits of the platform while having faith that the Joomla! project will continue to innovate and be a viable system to build a customer base on. North American stake holders should work together to position the Joomla! brand to their culture.

A very famous American company, Apple Inc., just made insanely great products that changed the world. Could it be argued that the European Joomla! development community has the same viewpoint - just make a really great product and those that want it will use it?

How do we make these two cultures harmonize?

So how do we make these two cultural mindsets harmonize? Perhaps we can't. Maybe what needs to happen is that each culture simply understand and respect the other.

An interesting exercise would be for a group of European only community members to form a committee similar to the North American group and create a recommendation document for the leadership team. The two documents representing two different cultural mind sets could be compared to each other. I think this would go a long way to help us understand one another better. What do you think?